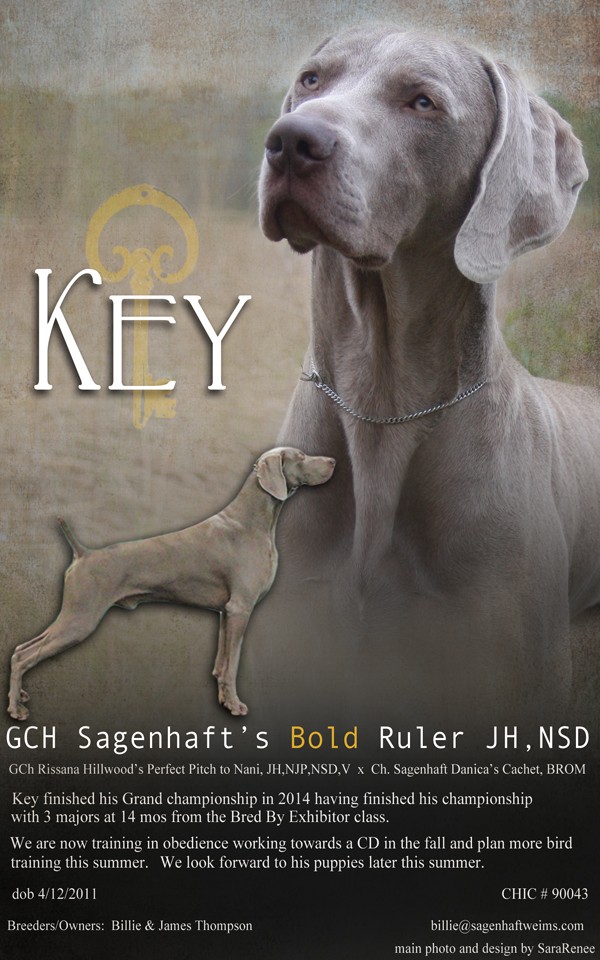 Key earned his championship at 14 mos with 3 majors all from the Bred By class, followed quickly with his Grand CH. He has beautiful breed type and excellent movement.

His BN title was earned with placements and he completed his CD title shortly after. He earned his JH with scores of 8's & 9's and exhibited a natural back instinct. Key earned his Grand Championship with 6 major wins. All titles earned breeder/owner handled. 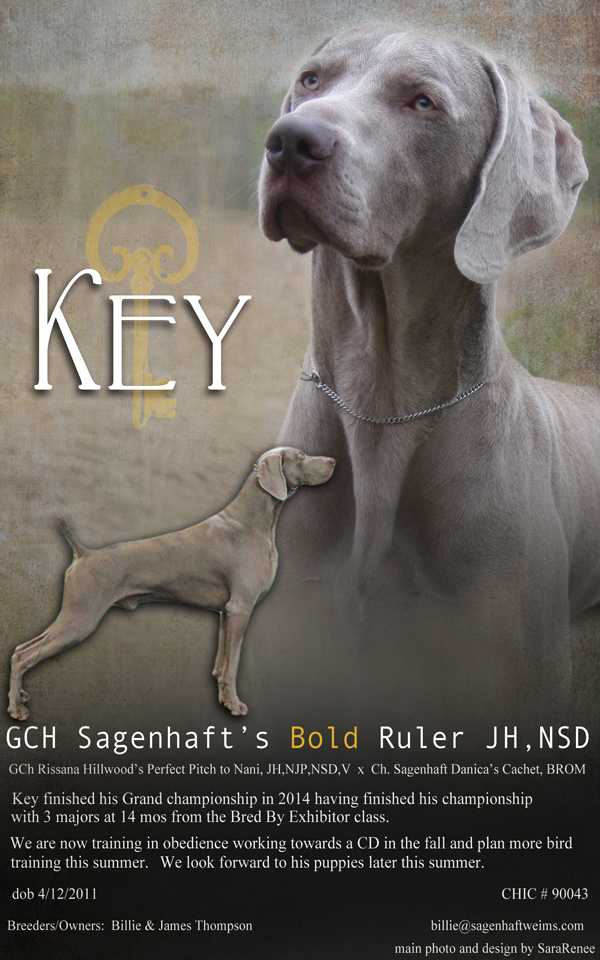