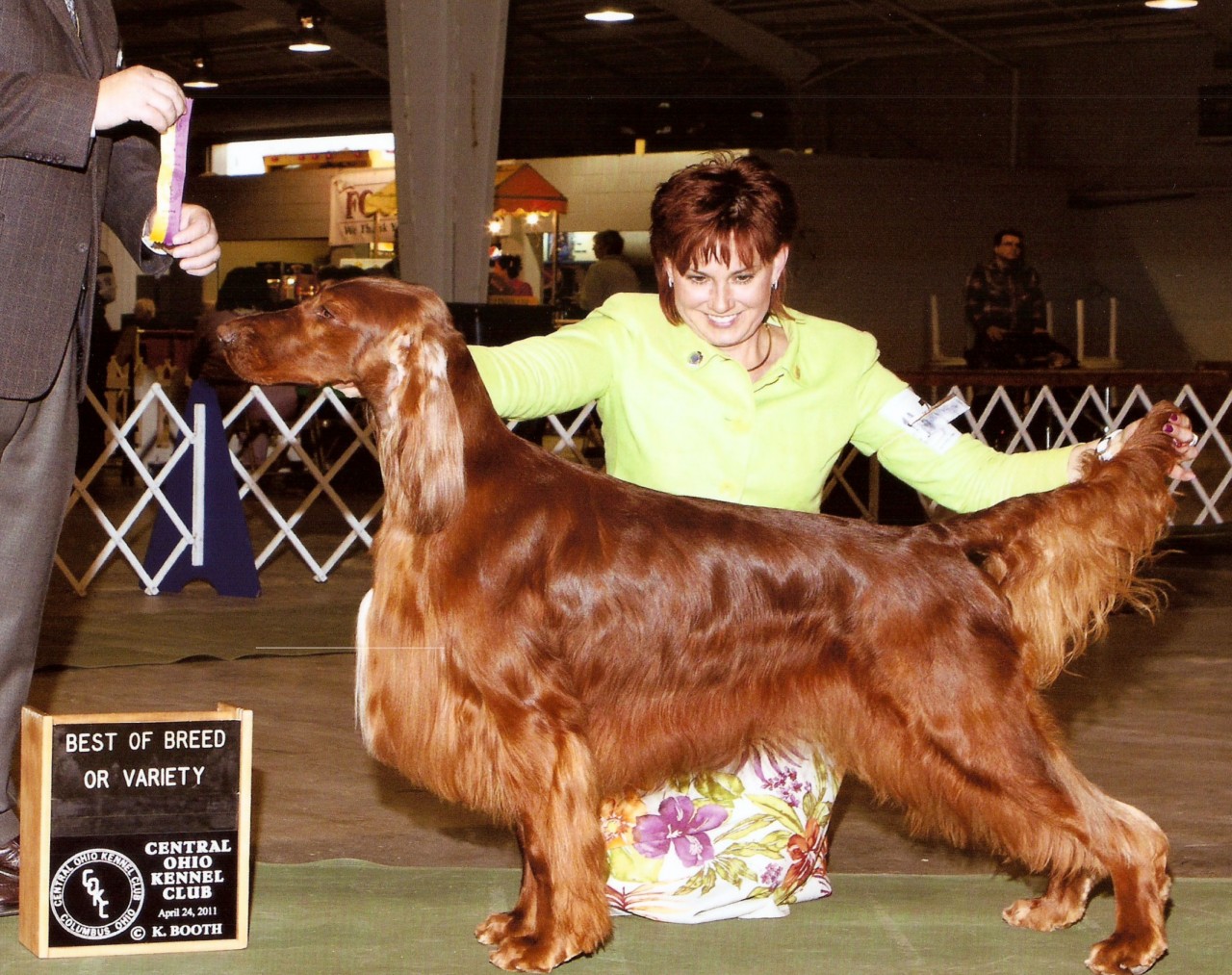 Ch Lunn's Running with Scissors is a great producer. Edward puts on a beautiful front, topline and movement. He has the sweetest temperment and produces that in his get. 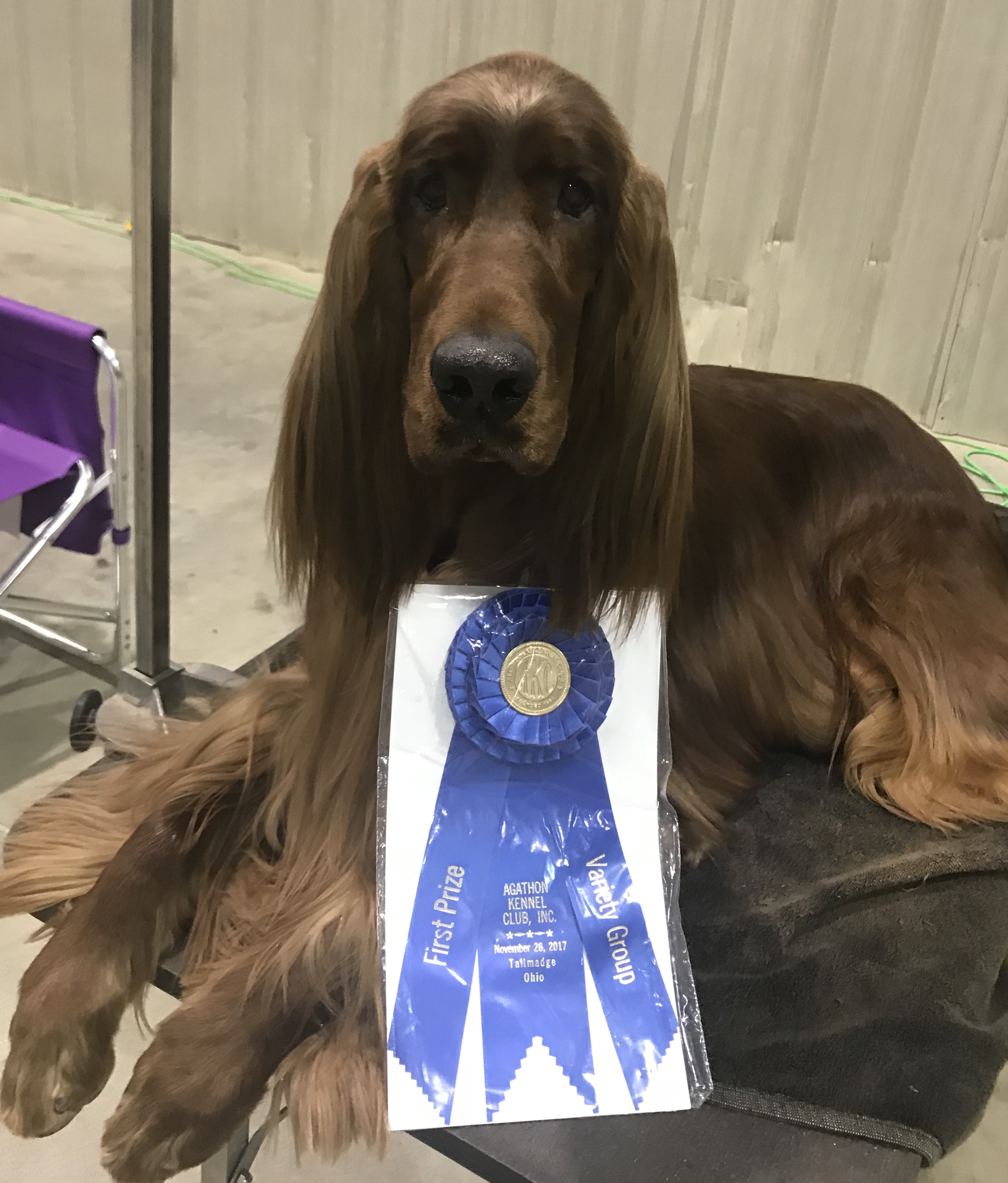